Using a few elm cants I can simulate making a wide cut without jeopardizing one of my big logs. This load test will test 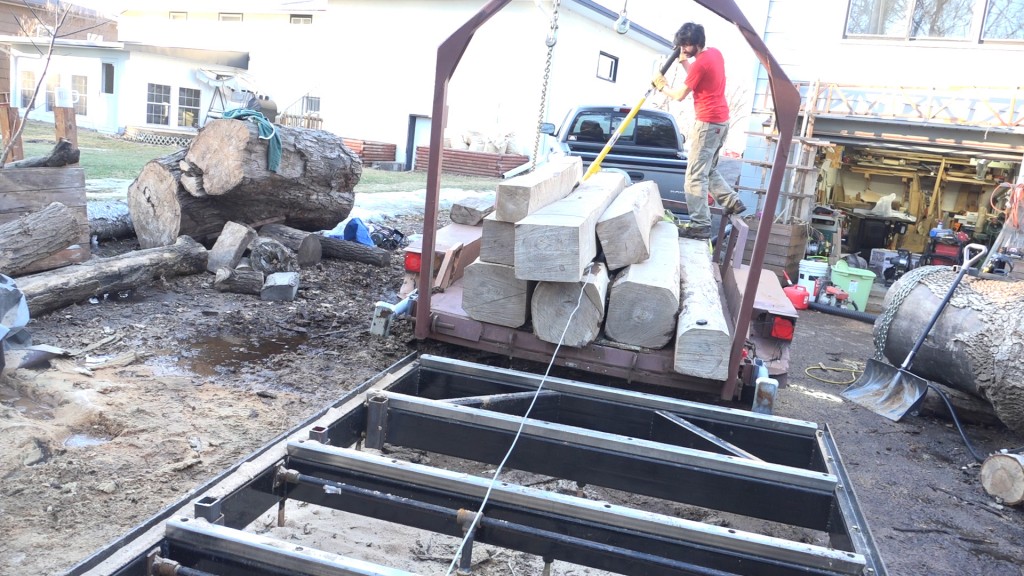 My friend, Donavan, had a massive elm tree removed from his yard and he had asked me to mill it into lumber for him.  The base of the tree is in his back yard and is inaccessible so it will need to be milled onsite.  The upper canopy was removed with a crane and stacked in his front yard.  Donavan cut these logs into cants so they could be moved.  I’ve had them loaded on my trailer for a few months now waiting for the mill to be ready.  These cants will make it really easy to try a progressively wider cut without risking a big log.  They can be set next to each other on the bed and cut all at once to simulate cutting one wide log. 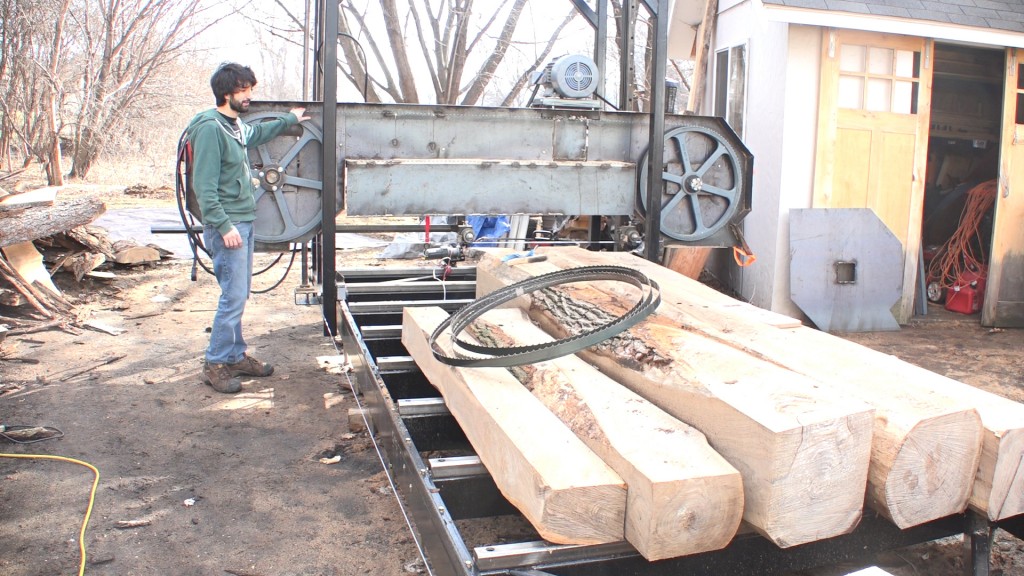 I stacked 5 cants on the mill which would give a cut width of 61″; not quite the maximum of the mill but still a ridiculously wide cut.  To establish a baseline for these cuts, I put a new blade on the mill. 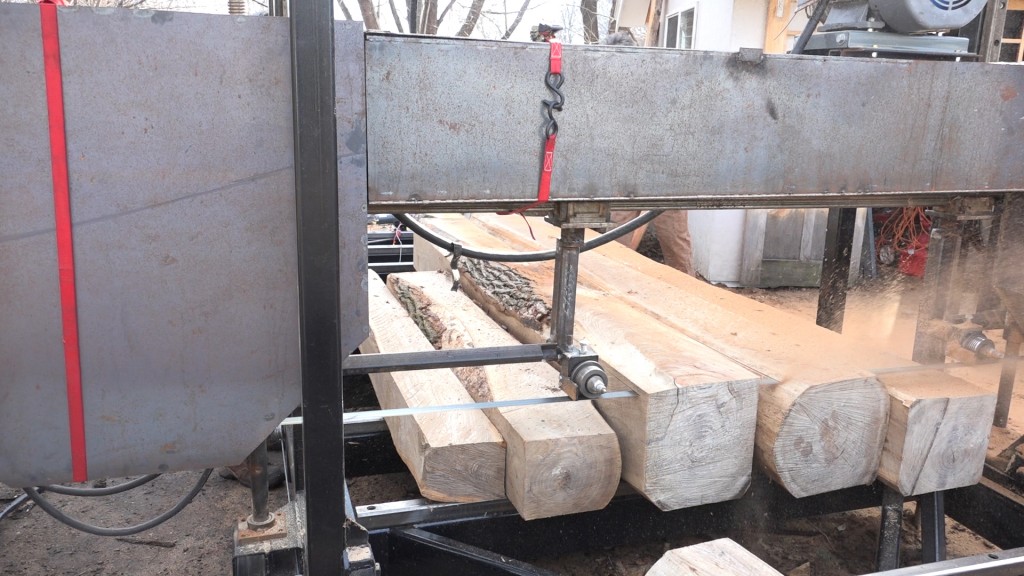 The first few cuts were made at 4/4 to start getting the larger cants down to the same size so the blade would pass through them all. 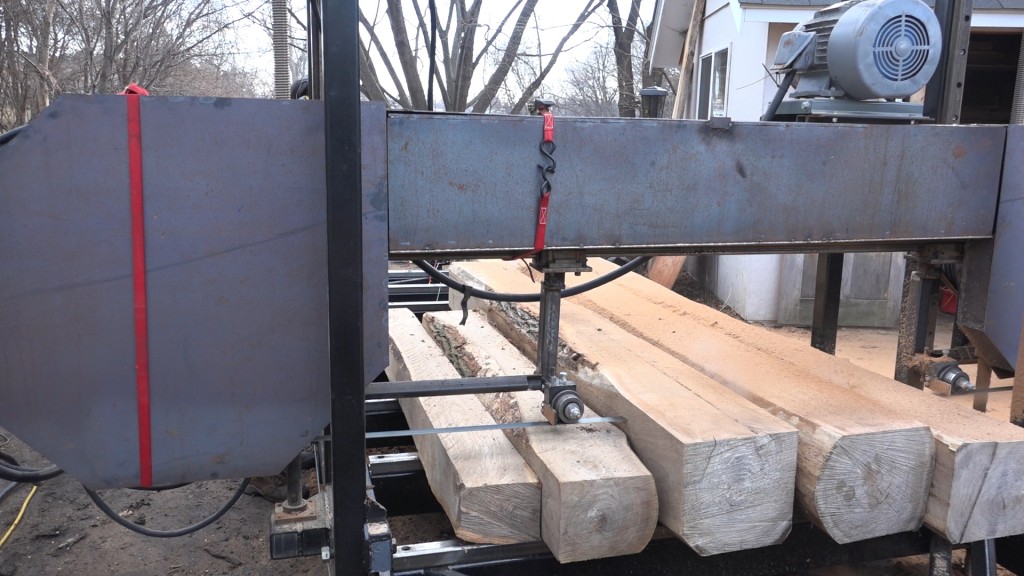 Cutting through the first 3 cants for a cut width of approximately 39″. Cut duration – 1:50 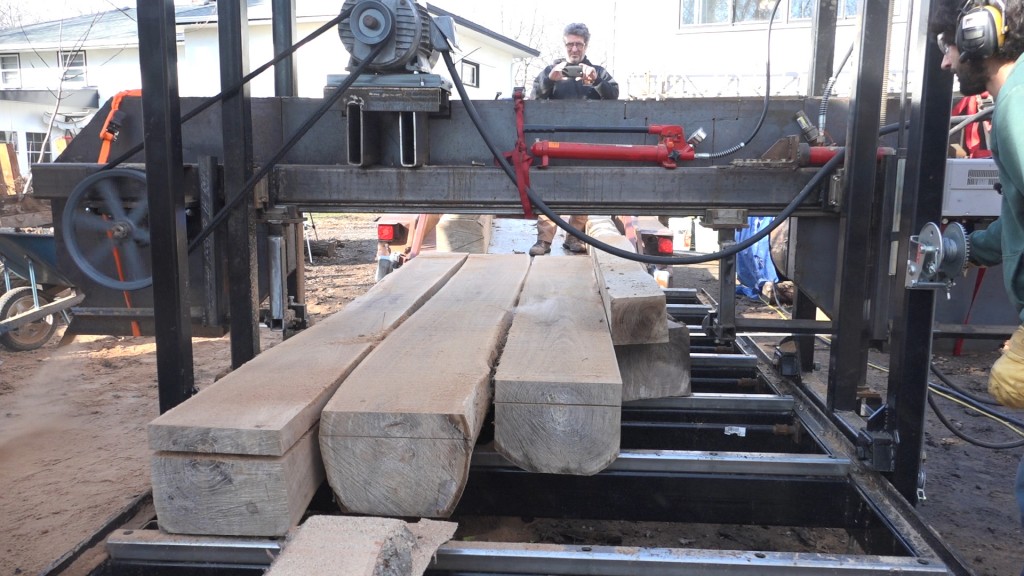 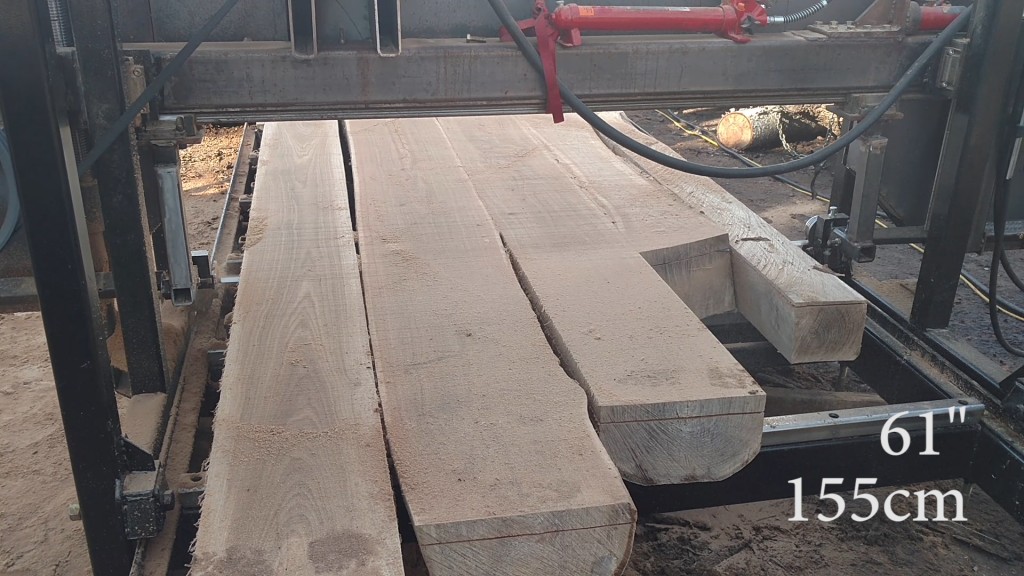 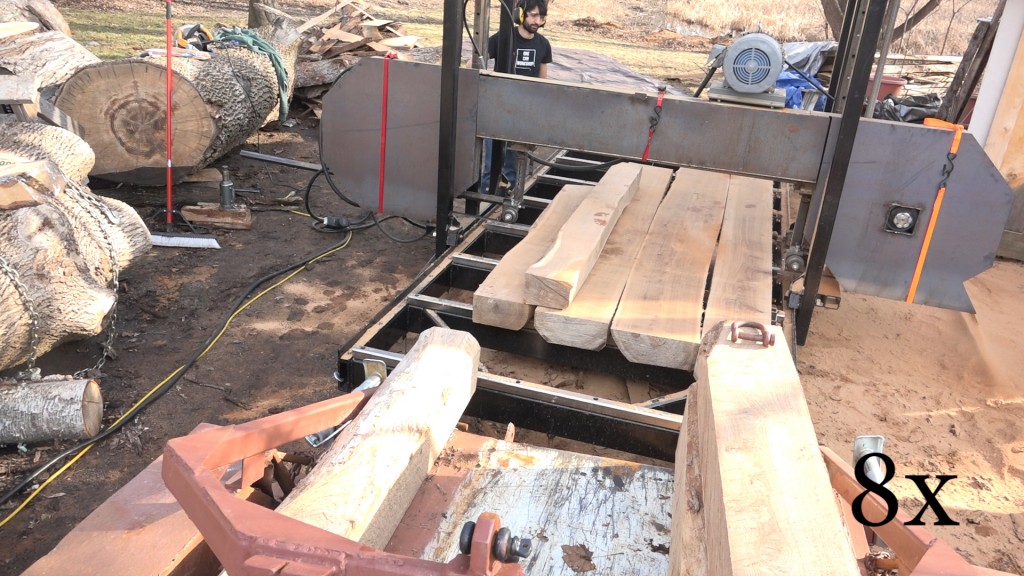 Donavan and I kept cutting the rest of his cants.  We cut more lumber than his truck could carry 🙂 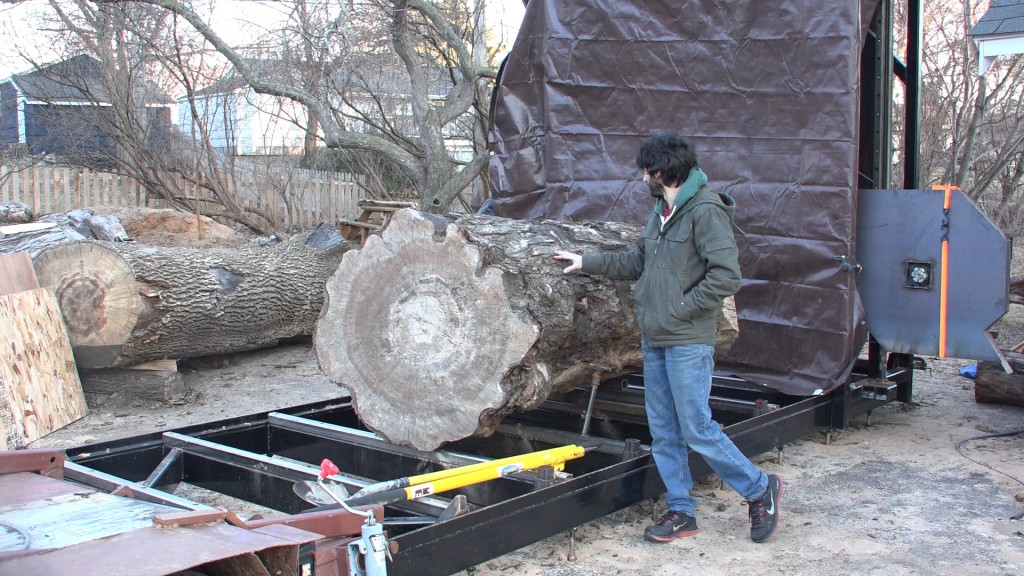 The tests went way better than I imagined they would.  The blade tracked perfectly and the saw frame had no issues. The motor never really bogged down and the belts kept turning the pulleys.  The cut speed was also at least twice as fast as I was expecting and probably 6 times faster than doing the same cut with a chainsaw mill.  With that test behind me, I am confidant to start sawing my big logs.  They are the reason I built this mill in the first place. 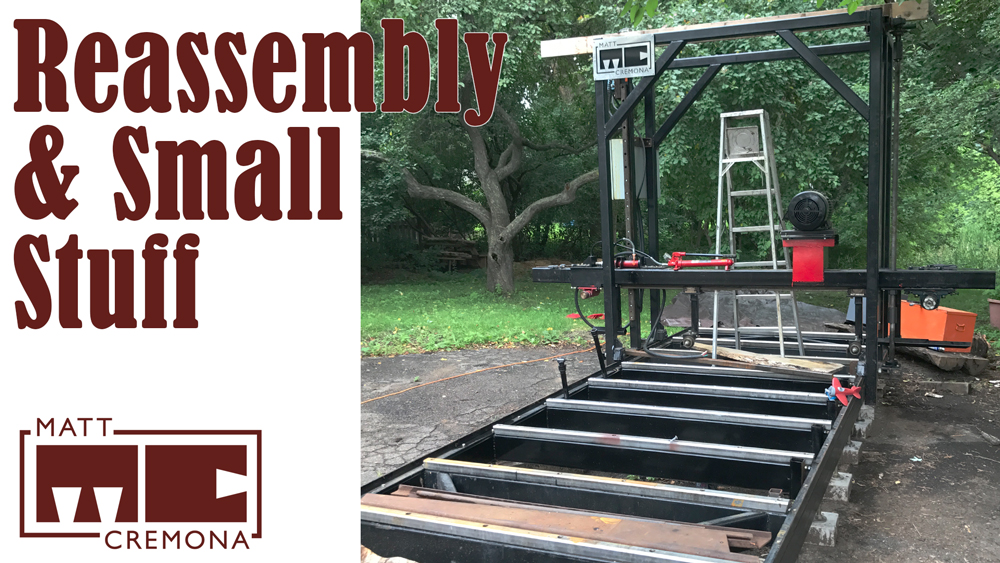 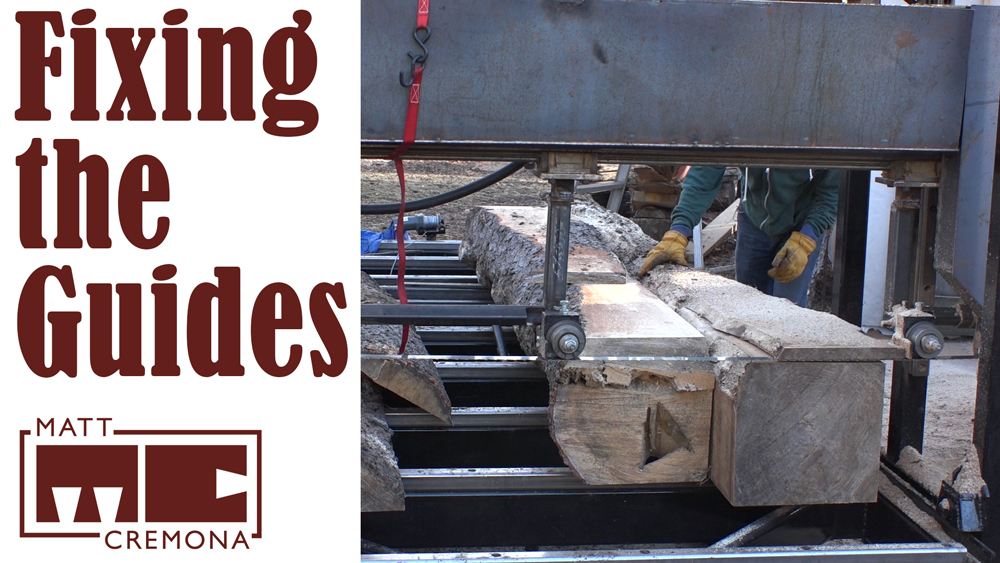 Fixing the Guides & Side by Side Milling