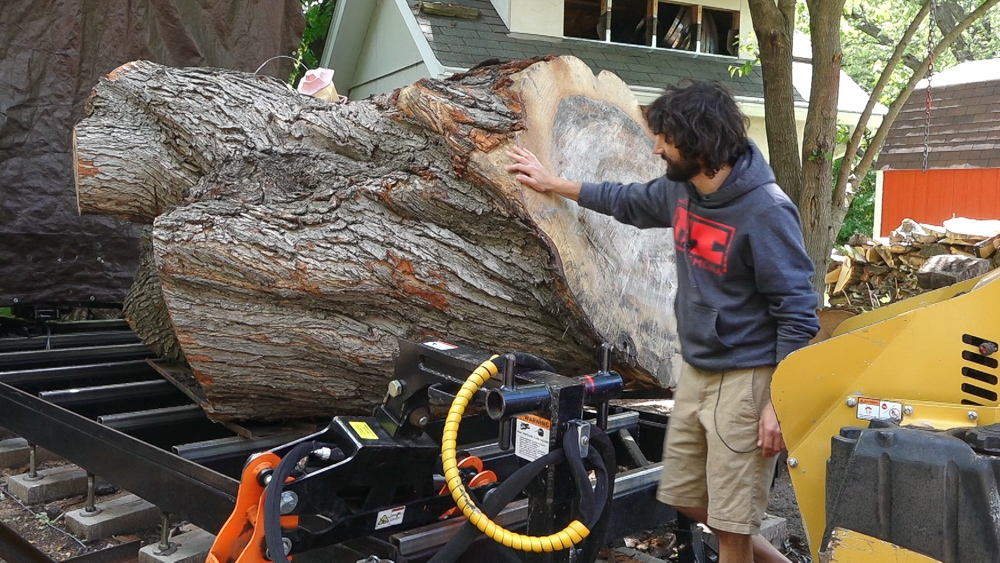 The legs and drawer front are Spalted Hackberry, the box and lower shelf are Sycamore. The Hackberry came from a small Sacramento company that buys logs around the Central Valley and produces air-dried slabs. The Sycamore came from an SF Bay Area arborist who cuts and air dries boards from trees he takes down.
The green in the drawer front is how it appeared when cut. Most of the Hackberry figure was the brown seen at the tops of the legs. I had to set aside two mostly grey leg blanks for some other project. I decided to not have a drawer pull to be able to see all of the figure. The drawer can be pushed open from the open back.

I am sending you pictures of a shelf set consisting of a wine shelf and a wall shelf. Both were built from spruce and oak. However, the spruce was processed using the shou sugi ban technique and carefully brushed.

With these pieces, the focus should be on simplicity and be accentuated by small special features.

This music stand was based on a design that Ishitani did in walnut, but with slightly different feet.  I used laburnum (AKA golden chain in North America) which had blown down, in a neighbour’s garden and I converted the logs by hand as I don’t have a saw mill (very jealous of yours!).  The kumiko was surprisingly difficult, equilateral triangles are very unforgiving of measurement or cutting errors.  I have used kumiko for other things and can send a picture of that in due course.
I also make musical instruments as a hobby and play the violin so it is nice to have something I can use for myself.  Most of my projects are built for other people.

Material: Cherry and Fabric
About: I built this bench for our entryway. Like many projects, it took longer to settle on an idea and design than to actually build (the ratio was roughly 2 years designing to 2 weeks of building). It was my first time doing the through bridle joint for the legs and I’m pleased with how they turned out. I paid particular attention to use rift sawn boards for the legs and aprons which turned out very clean. Probably the trickiest detail was having the rounded top of the leg assembly come through the benchtop to sit flush, but I think it turned out pretty well. There is a dovetailed case below the top that houses a drawer to keep things when we go out for walks. My wife sewed the top cushion so I guess you could call this my first collaboration too? For the finish I applied a coat of boiled linseed oil and set the cherry out in the sun for a few days. Once I had a desired color I topped it with 3 coats of General Finish Arm-R-Seal. You can see more of the work on my Instagram @jcscustomwoodwork 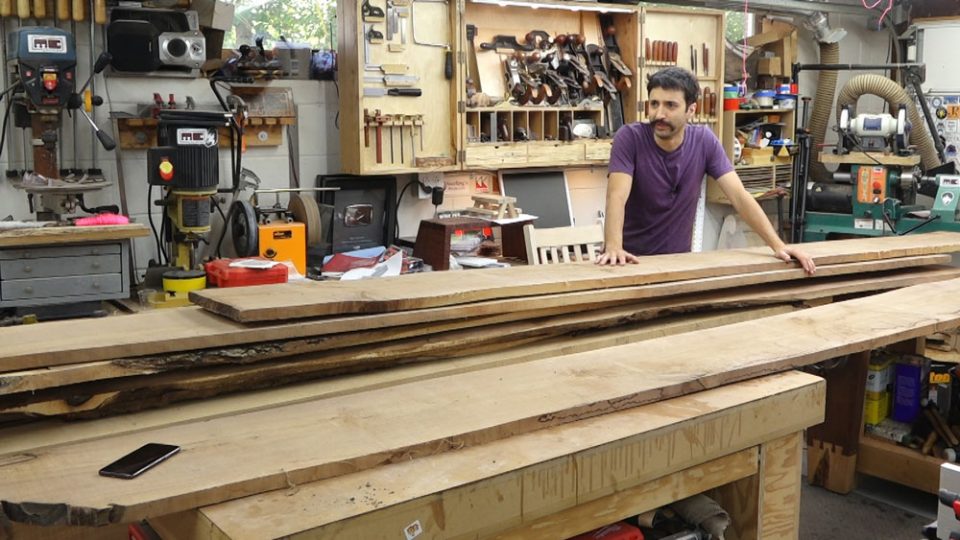 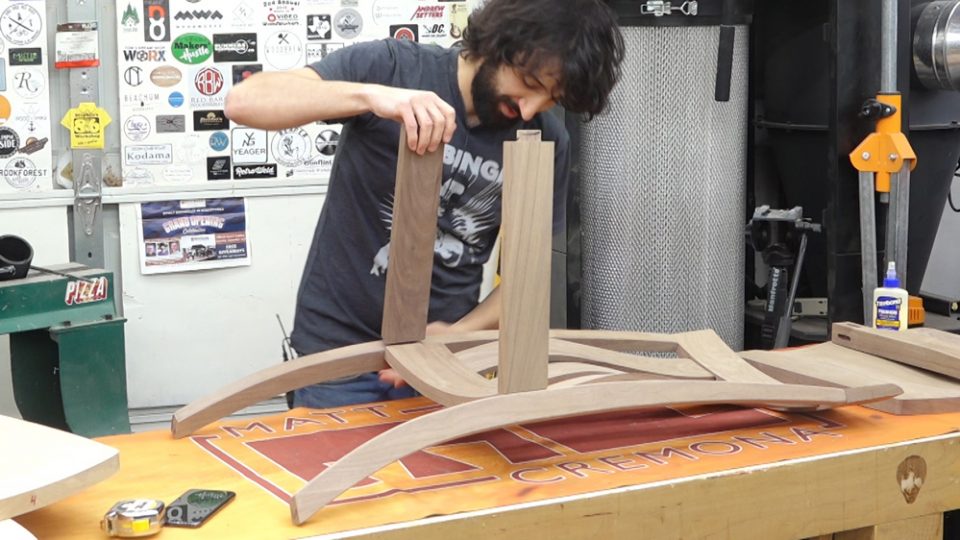