This week in the shop I continued working on the sofa table by completing the cherry inlay banding.

“I’ve always been one of those people that like building things. I’m a mechanical engineer and I really started getting into woodworking about 6 years ago.  The first major project that I wanted to build was a dining room table that I could pass down to my kids and grandkids.  I saw two walnut trees that were dying in someone’s yard and I asked them if they would let me cut them down and use them for woodworking.  They said I could so I milled them up with my Husqvarna 460 Rancher chainsaw and Alaskan Chainsaw Mill. I got some beautiful wood out of these trees and let it dry for several years in my garage before doing anything with it.

About a year ago I started working on it more frequently.  The top is joined with 12MM dominos used for alignment.  I used floating walnut tenons to join the breadboard ends to the tabletop.  These tenons were ~1”x3”x6”. The floating tenons are glued in the table top and secured to the breadboard ends with ½” pegs that I roughed out on the lathe and then hammered through a dowel plate.  I joined the pillar supports to the arms and legs of the bases with a grid-work of Domino’s and then drilled a 1/2” hole all the way through the assembly and put a ½” threaded stainless steel rod all the way through for extra support.  I used epoxy to glue the base pieces together to give me a longer dry time.  I decided not to use a stain on it since the wood is so beautiful.  I finished it with 6 coats of a crystal clear polyurethane sanding in between coats with 220 grit sandpaper.  The stretchers join to the base pieces with 14mm dominos and ½” bolts that thread into 1” barrel nuts in the bases.  I left the main part of the table slightly wider than the breadboard ends because I think it will shrink some coming into a climate controlled setting from the garage.  The top is secured with 2 lag bolts under the top stretcher and with a series of 12-gauge figure 8 table top fasteners that will allow seasonal movement.

I finally finished it last week and it took 5 guys to bring it into my dining room from the garage.  Everything is solid walnut; the top is 43”x3”x100”.  With a quick weight calculation, the top probably weighs somewhere around 300 lbs. and the base weighs somewhere between 180-210 lbs.  It’s a beast of a table and I think it will be passed down in my family for many years to come.  I’m looking forward to my next project, maybe a Roubo workbench… “

“This is a wooden football. it is cedar and is made of 32 cedar strips. hand painted and a clear epoxy finish.” 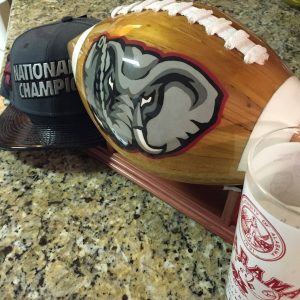 “Out of everything I’ve tried in woodworking, the lathe intimidates me more than anything. Much less something as small as a pen. But I obligated to try for James Greens pen competition. I live 5 minutes from Fort Bragg, Pop was a WW2 vet, bro-in-law was a Sea-Bee in Vietnam so felt obligated. Needed to practice first and did so. Then decided to go ahead and make a pen and this is the story…

There was a tree that my bro-in-law cut down 3 or 4 years ago before he realized how attached my sis was to it. I found the rotting log with the burl in it and decided to cut into it to see what was in there. It was a live oak tree which is rampant on the land here. There was a lot of rot but still some usable wood with a lot of splating especially around the burl. It was hard and solid but dry and brittle, (hard to explain lol) I cut the blanks, made this pen, and gave it to my sister. I can’t giver her the tree back but she can carry a part of it with her for a long time now. It’s not the hardest thing I’ve ever made, and has some imperfections being the first pen I ever made. But for some reason I’m more proud of it than anything I’ve done so far. Maybe because it made my sister so happy. But don’t tell her I said that. I’m suppose to be a mean baby brother. 😉 I attached the pic of the log, blanks, and the final pen.”

Project from the Wood Whisperer Guild 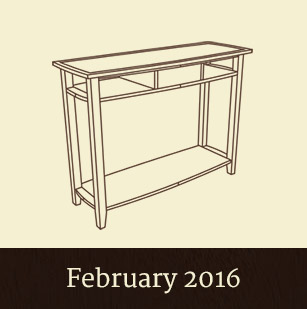 Purchase the Early Bird Bundle to get the sofa table and 2 other upcoming projects for 50% off: http://bit.ly/1m7Ytaw 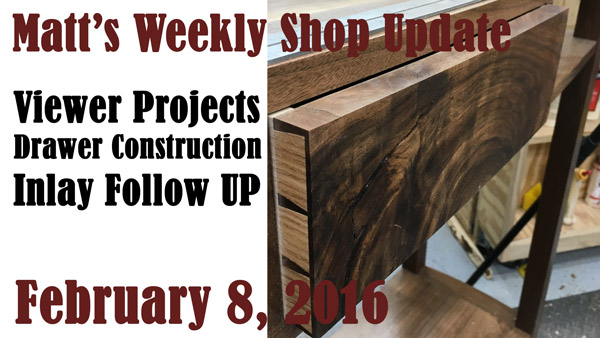 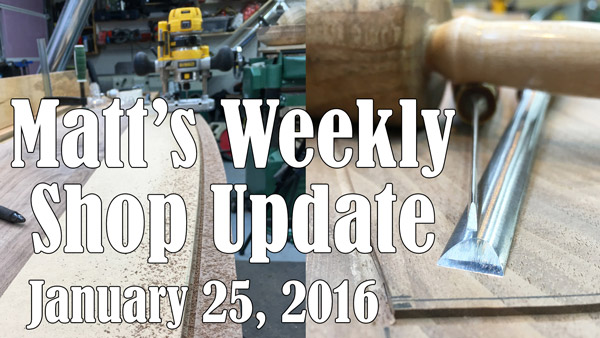